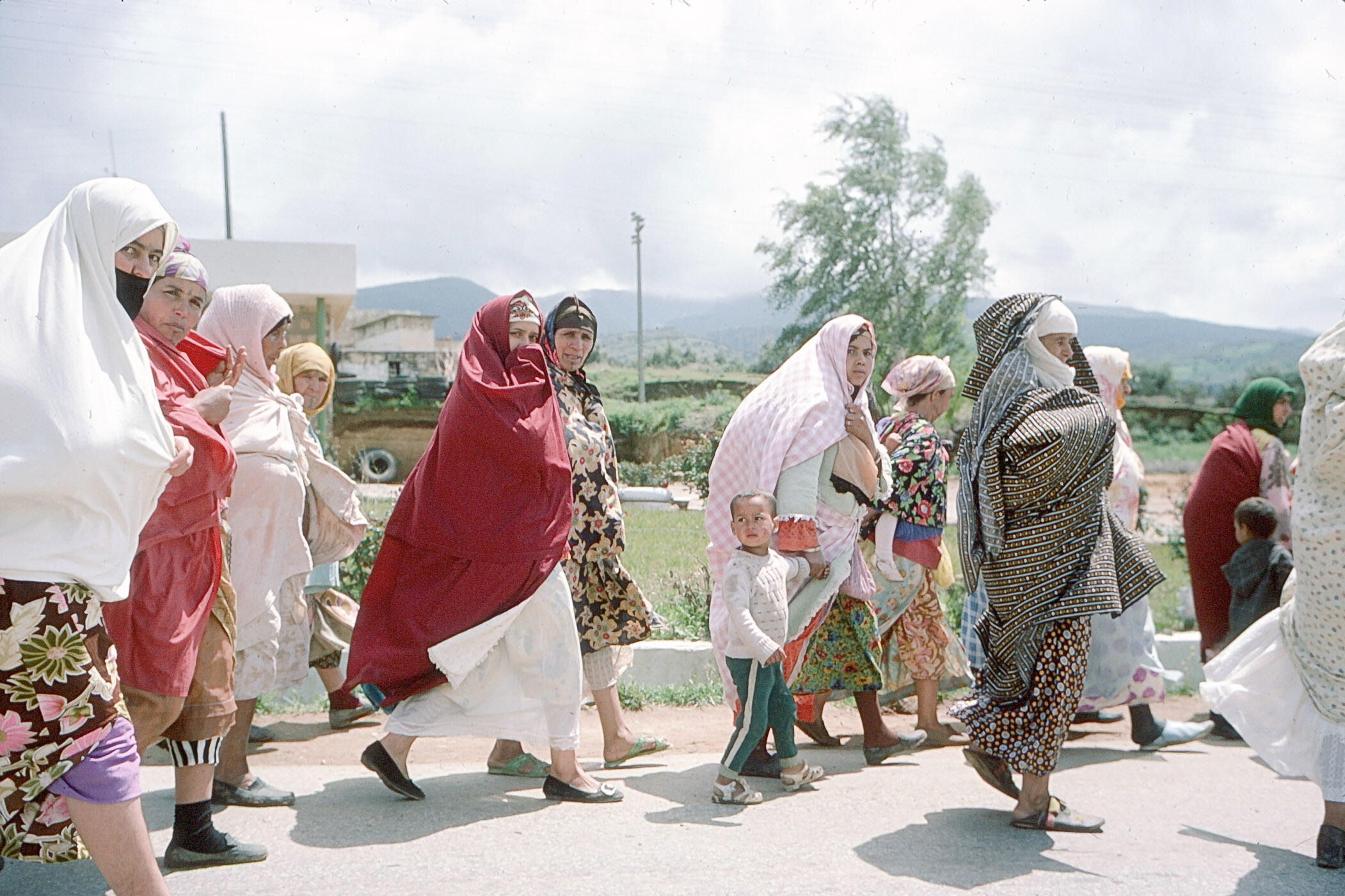 The urge to make photographs has been mine since childhood. Growing up in Europe and travelling regularly ever since has sustained that urge. Marriage and family took priority over the offer of a place at David Hurn's Documentary Photography course at Newport in Wales. But I spent my first pregnancy building a darkroom and then took my camera to mother & toddler groups. By the late 90's I relinquished analogue for digital and, despite accompanying issues, I welcome its democratic availability and affordability.
This collection is mainly digital, but recently scanned 35mm negatives provoke a bit of nostalgia for the old analogue Leica M4.There's a collection in "Stockport Market, Manchester, 1977". My wider, international travels are in "Postcards".
I had hoped to continue with "This Mighty Girl" from February 2020, but a certain unwelcome visitor called C-19 blocked the doorway.
Comments and queries welcome; feel free to get in touch on the contact page.

"Photography is the simplest thing in the world,
but it is incredibly complicated to make it really work."
(Martin Parr) 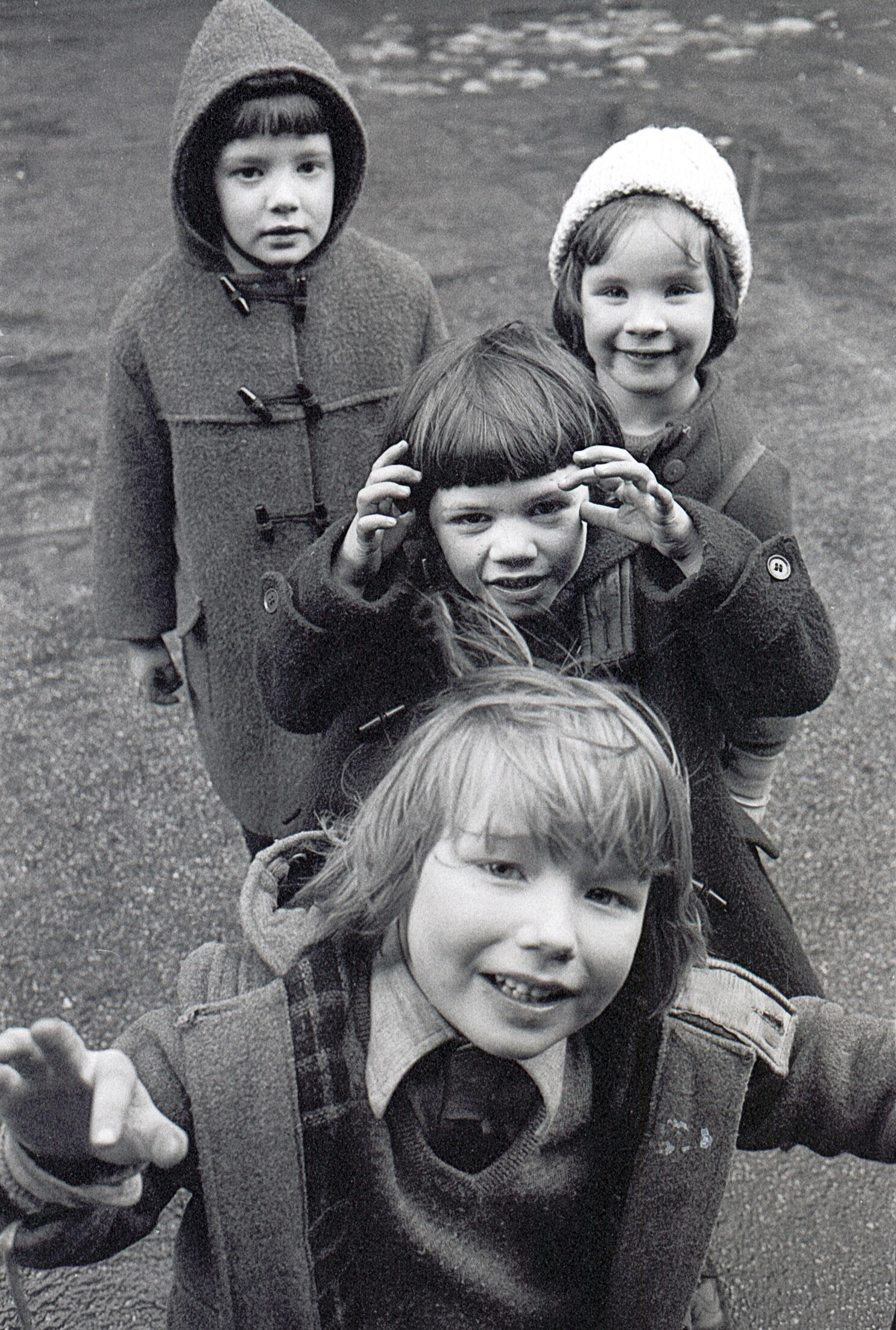 Tempus Valor
The title of this project is Latin for “time value” (TV), or shutter speed priority.

My original learning intention was primarily technical: to relinquish the familiar comfort of AV (aperture priority) and to try to express the excitement of movement in still photographic imagery. Images with evidence of movement, (usually unintentional in my own efforts,) always made a strong emotional impact on me. Further inspiration and was found in Ernst Haas’ (1921-1986) philosophy and photography. Roland Barthes’ (Camera Lucida, 1980) concept of ‘punctum’, that which “pierces” the viewer beyond words, echoed my aspiration.

The ultimate goal was to take photographs of professional classical dancers. However, to gain sufficient confidence and achieve acceptable images with a shutter speed at nothing faster than a 30th or a 40th of a second, I needed practice with a variety of subjects and locations. Blackford Pond, in late afternoon autumn sunshine, was the one subject for practice to which I returned several times. To finish, I did gain access to photograph a classical dance rehearsal. But it was images of the birds in flight, taken during my practice process, which inadvertently, yet clearly, emerged as the body of work expressing my intention.

My expectation to learn the technicalities of “time value” was eclipsed by a lesson in valuing time, appreciating process and welcoming the wordless aesthetic of the unexpected, sometimes ambiguous outcome. The inherent beauty of many of the images became the tangible reward for relinquishing familiar control in favour of unpredictable exploration.

I return regularly to Blackford Pond, in November, with a camera.

My "This Mighty Girl" Muse: HW

I have been photographing HW on and off since she was a week old. She has become my Mighty Girl Muse.

Greta Thunberg is our current well known No.1 Mighty Girl. I see other, less famous young women and girls with individual mightiness, managing new challenges such as social media alongside ongoing patriarchy. I rejoice in seeing them being supported and encouraged to hold on to their unique natures with the determination to fulfil their own potential.

Through this project I want to celebrate mighty girls with portraits which demonstrate their own individual "mightiness".

Do you know a Mighty Girl?

Apparently they are a Force amongst us!

"I love my femininity and when I was younger I felt that being ‘girly’ was perceived as a negative thing, as ‘girly girls’ were not taken seriously. I think now, however, women are becoming more able to express and be proud of their femininity. Makeup, fashion, jewellery are all things that are typically associated with being ‘girly’ and I love these things but I equally love politics, hiking up Munros and travelling to weird and wonderful places. I think this is what makes me mighty. I am proud to be a ‘girly girl’ because there’s always much more to me than people initially expect.

I find I often surprise people when they realise that as well as being bubbly and smiley, I am ALSO incredibly determined, intelligent and feisty."

"I like gymnastics and ballet and soccer and dancing.

I can do cartwheels and handstands. There are boys on my soccer team.

The things I like about being a girl are having long hair and freckles and I like pink and purple and turquoise and blue. And I believe in God. And I like learning and writing and drawing.

I can do running writing! I can beat my older brother at Battlefront on the PlayStation.

What makes me a Mighty Girl?
My freckles. "

"I've lived in Africa and then Asia and I can still sing the Kenyan national anthem in Swahili. I helped at the animal orphanage where I once got attacked by an orphanded lion cub who was having a bad day. He dug his claws into my back; I still have the scars. The lion cub knew me; It made me appreciate that wild animals are always wild and will never be pets.
The Singaporeans were obsessed with my red hair and pale skin.I learned to stick out my tongue.
Gymnastics is my favourite activity followed by diving. I can dive from third board of the Commonwealth Pool. I love music, and I can play violin and piano and guitar. When we left Bali I gave my books and toys to the local childrens' orphanage.

In a world where you can be anything, be kind."

"Mighty means being able to show that everyone can make a difference in this world and that everyone's view matters. Femininity means being proud of who you are and willing to stick up for yourself and for other girls; to stand up for your own equal deserving rights and work hard to reach your goal. I love being a girl because we have things to fight for. Some things don't come easy for us but we are willing to prove ourselves and fight for what we believe in, prove ourselves worthy. It can be disheartening when someone puts us down. But it just makes me want to fight for who I am even more. The biggest challenge for girls and women is being accepted for who we are and not being judged on how we look and what we do....I hope that the world becomes more equal and we can tackle problems like wars and climate change before it's too late."

During 1976 and 1977 I had two opportunities to visit Stockport in Manchester, mainly the market, where I shot several rolls of 35mm black and white film and one roll of color slides with my Leica M4 rangefinder camera.

Looking at the images now, for the first time in decades, it seems they could have been taken in the 1950's; I could see it in the clothing and in the faces which expressed evidence of hardship and poverty.


I also remember the smiles, and laughter, the bustle and the noise, especially the street pastors and their singing followers competing with the shouting traders for customers' attention.

One or two noticed a young female with a camera, but most were too busy finding that bargain or exchanging the latest gossip. Despite the bleakness, especially in the winter scenes,
the atmosphere was unmistakably warm and energetic and jolly.

Many viewers familiar with the area have reacted to the images, and some have requested prints. If you're interested, please email me on the 'contact' page of this website
and I will be happy to respond with the size and reasonable price options.

*Also, I am am interested to hear from anyone who may recognise themselves or someone else in my images!

PORTFOLIOS >Postcards> Postcards from the USA

June 2020.
For the first time in years, my cameras remained unused for over three months. My urge to record, "properly", with a camera and edit in Lightroom, etc., went into its own lock-down. Zooming with friends and family for a shred of contact comfort was enough screen time for me.

Instead, there was a need to snap every day things on my phone, a visual diary to counteract the sense of disbelief at the horror going on in the entire world, to so many folk.

Then the flowers started to bloom, and my shutter button finger started to itch. And I found it familiar and soothing.

In The Time of Corona, focus on the fragile light of life. And savour.

P.S. If it starts raining, I might spend time editing the Corona Diary "Fone Fotos " and put some here.

I welcome any comments or queries; feel free to email me.